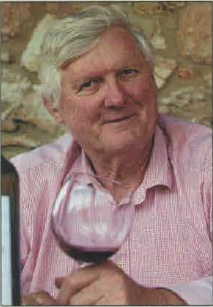 WHEN Australia’s first Catholic saint Mary MacKillop was canonised at the Vatican in Rome in October, Australian pilgrims were not the only visitors from Down Under.

The Highbank Vineyard lies halfway between Coonawarra and Penola, the town where Mary MacKillop founded the Order of the Sisters of St Joseph.

“We’ve been tracking Mary MacKillop’s process to canonisation for years – this has gone on for seven or eight years now since she was initially put forth,” Highbank Wines owner Dennis Vice(pictured) said.

The Coonawarra wines were used to toast Mary MacKillop at a range of key functions, including the opening of the new Chancery of the Australian Embassy to the Holy See by Foreign Minister Kevin Rudd.

Dennis said the selection of the merlot was not only aimed at creating a point of difference for Highbank Wines, but was also a heartfelt reference to a family tragedy.

“We lost our son here about five years ago, and the wine that he always had a preference for, and that he shared with his friends, was the merlot,” Dennis said.

He said the chance to have his son’s favourite wine Included in the celebrations of such a historic moment was ‘amazing’.

He praised both the CVA and Australia’s Ambassador to the Holy See – otherwise known as the Vatican -Tim Fisher for their efforts in promoting Coonawarra wine in the Italian capital.

“He’s been unbelievable in the support he’s given to our region and I think his position at the Holy See was very helpful,” he said.

For small producers like Dennis and Bonnie Vice, the ability to join associations like CVA helps boost their marketing power.

“We’ve been members of the Coonawarra Vignerons – which is the marketing arm of Coonawarra, and handles cellar door sales and International marketing and things like that – for probably 20 years now.” he said .